When pressed, the following window appears: 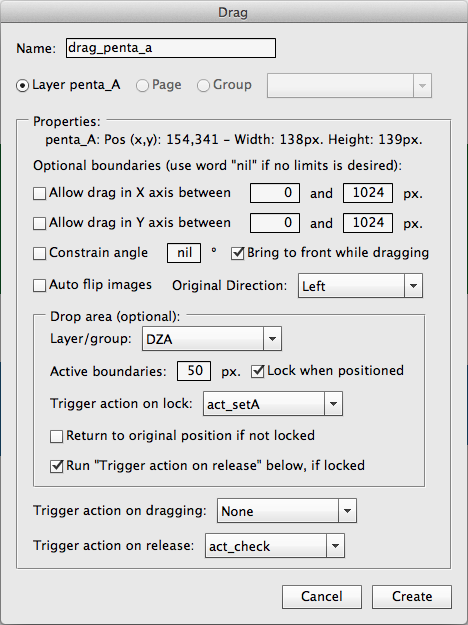 Like in all other interactions, you need to enter a Name (or accept Kwik’s suggestion). Kwik will cleanup your name if it contains spaces, strange characters, Lua reserved names, and/or if the length of the name is bigger than 15 characters.

Kwik automatically uses the selected Layer option (in this example, layer penta_A). If you intention is to drag a group or the full page, select the appropriated radio button (and the group name).

Information about the current layer content will appear in the top of the properties panel (position and size).

For the Optional boundaries (use word “nil” if no limits is desired), you can limit the area of dragging. Do not touch the parameters and your selected object will be draggable across the full screen.