Variables are used to store information and they exist in almost all projects. The Create Variable shows the following window: 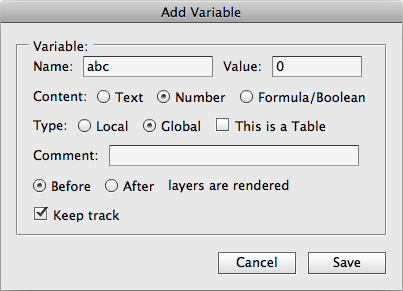