When pressed, the following window appears (notice that Kwik uses the same window for Actions): 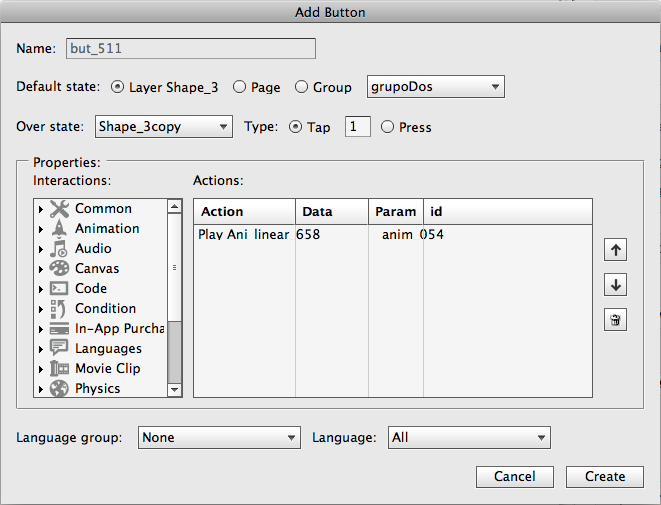