In the past tutorials, we checked how to configure a multi-language project and how to setup images and audio. In this posting, I will cover how to defined animations and buttons. 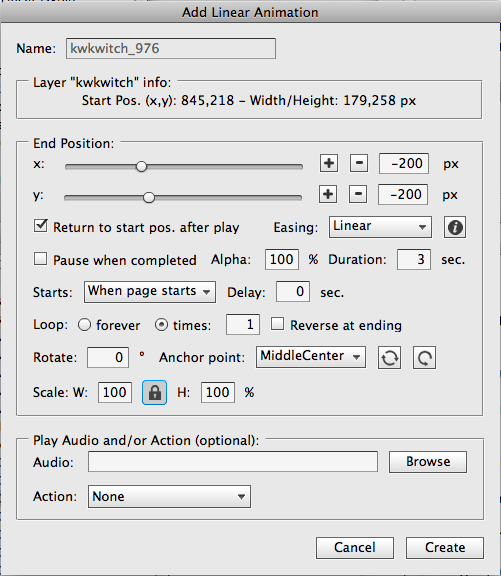 Still in the same layer, I used the Tools->Set language to a layer button and created a new group: 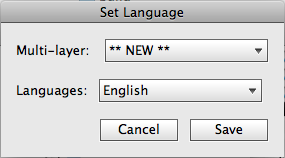 After that, I selected the layer witchspa (the witch in white, to show up only in the Spanish version). Without creating a new animation for it (this witch will “consume” the same animation from its counterpart kwkwitch), I simply used the Tools->Set language to a layer button again and associated it to the kwkwitch group, entering Spanish as the correct language now: 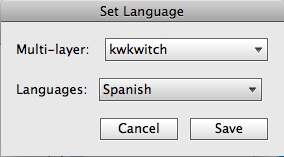 After another preview, this is how the project looks like:

I selected layer butBuy (the light blue button) and created a button using Interaction->Add Button, setting it to Show/Hide the layer with the text: 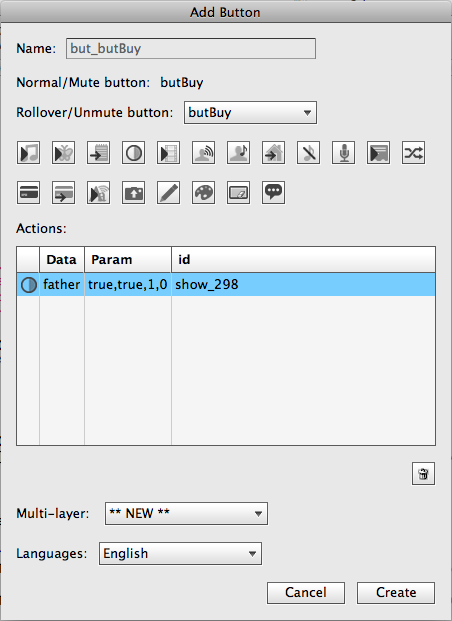 As this button will show up only in English pages, I set the Multi-layer parameter to ** NEW **, meaning it will create a new group for me, and set the Languages to English.

Now that I set the English button, I do not need to set the same button for Spanish. I simple select the butCompre (the light orange button), and used the Tools->Set language to a layer, now setting the Multi-layer to butBuy and the Language to Spanish. 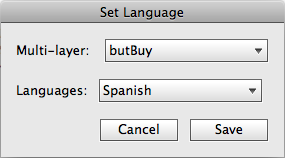 To complete the project, I previewed it again. The results are the same shown in the first tutorial post:

As always, your comments are appreciated! Hope you liked the tutorials!

Posted on December 11, 2011 by Administrator in how to, news, tips2 comments
Tagged as "mobile apps", adobe, android, ansca, books, comic, coronasdk, creation, ebooks, google, ibooks, interview, marketplace, photoshop, plugin
This website uses cookies to improve your experience. We'll assume you're ok with this, but you can opt-out if you wish.Accept Read More
Privacy & Cookies Policy