Multi-language ability is one of the top requests from (mostly) international Kwik users.  As the development goes on for version 1.8, I would like to provide this tutorial, enabling the interested ones to get ready for this new useful resource (design once, have it in multiple languages with a few clicks). Remember this is not a final version yet so, minor changes may appear before the beta-testing and final version launch.

At the end of this tutorial, you will be able to have a project like this:

First I created a regular Book project and designed page1 like this: 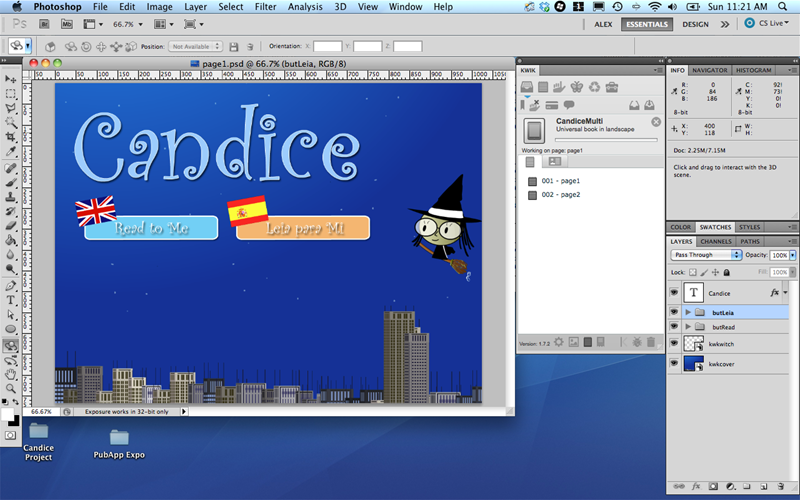 Checking the LAYERS panel you see:

For page2, I created: 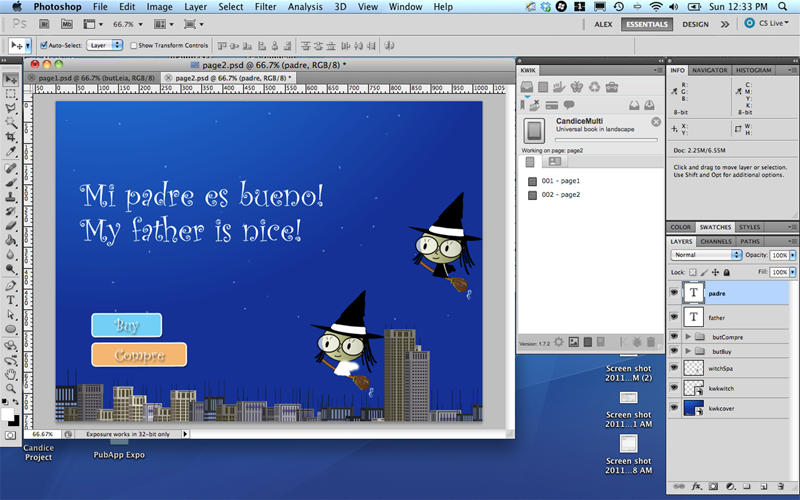 Checking the LAYERS panel you see:

I exported all images and pages clicking the Preview button (the button with a tablet image, left side of the project name). After that, I disabled the Export Images option (via Settings panel, or clicking the second button from the left in the status bar, right side of “Version 1.7.2”), as it takes the exporting process longer and I have already all the images I wanted exported.

The next thing I needed to do now was to inform Kwik this is going to be a multi-language project. The way to do that is going to the Project menu, selecting the new button Multi-language settings:

Clicking the new button, I got this window: 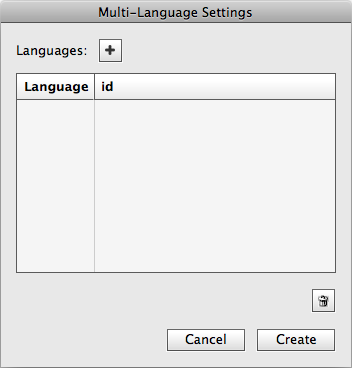 I then clicked the + (add) button, and entered the language name and its identification code: 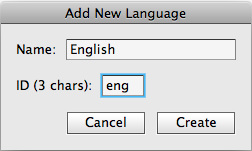 I did the same for the Spanish language. You will need to do this for EVERY language you plan to cover in your project.

Still in page1, I selected the butRead and attached a button to it (via Interaction->Add Button). It opened the following window: 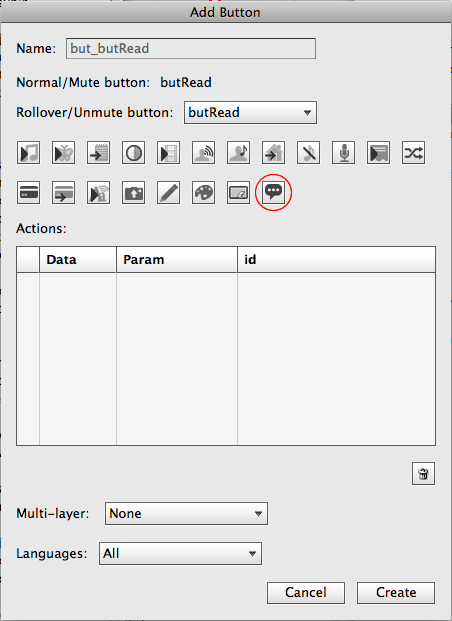 I selected the new Set Language action, which opened the window:

After adding the Set Language action, I also entered a GoToPage, sending it to the next page after the click.

I did the same for the Spanish button. This pretty much sets the first page. This is the result of this first page:

In the next posting, I will show how to make the magic in page2. Meanwhile, send your comments here!

* You have seen the Multi-layer and Languages settings at the end of the button window. I will cover it later. For now, they are not going to be used.

UPDATE: Since version 1.8 the Set Language feature changes the language and refreshes the current page (never triggering the GO TO PAGE used in this demo). In order to change pages in this demo, you will need to swipe pages with your finger or create another button to do it.

The reason of this change was due several requests that usually users pick a language, it refreshes the interface allowing them to understand the options in their own language, then then click a Read to Me or I Read button.

Posted on December 11, 2011 by Administrator in how to, news, tips9 comments
Tagged as "mobile apps", adobe, android, ansca, books, comic, coronasdk, creation, ebooks, google, ibooks, interview, marketplace, photoshop, plugin
This website uses cookies to improve your experience. We'll assume you're ok with this, but you can opt-out if you wish.Accept Read More
Privacy & Cookies Policy